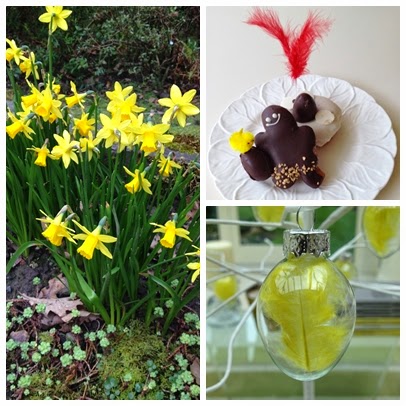 I always know that spring has arrived when cute signs appear on the trees down our lane! 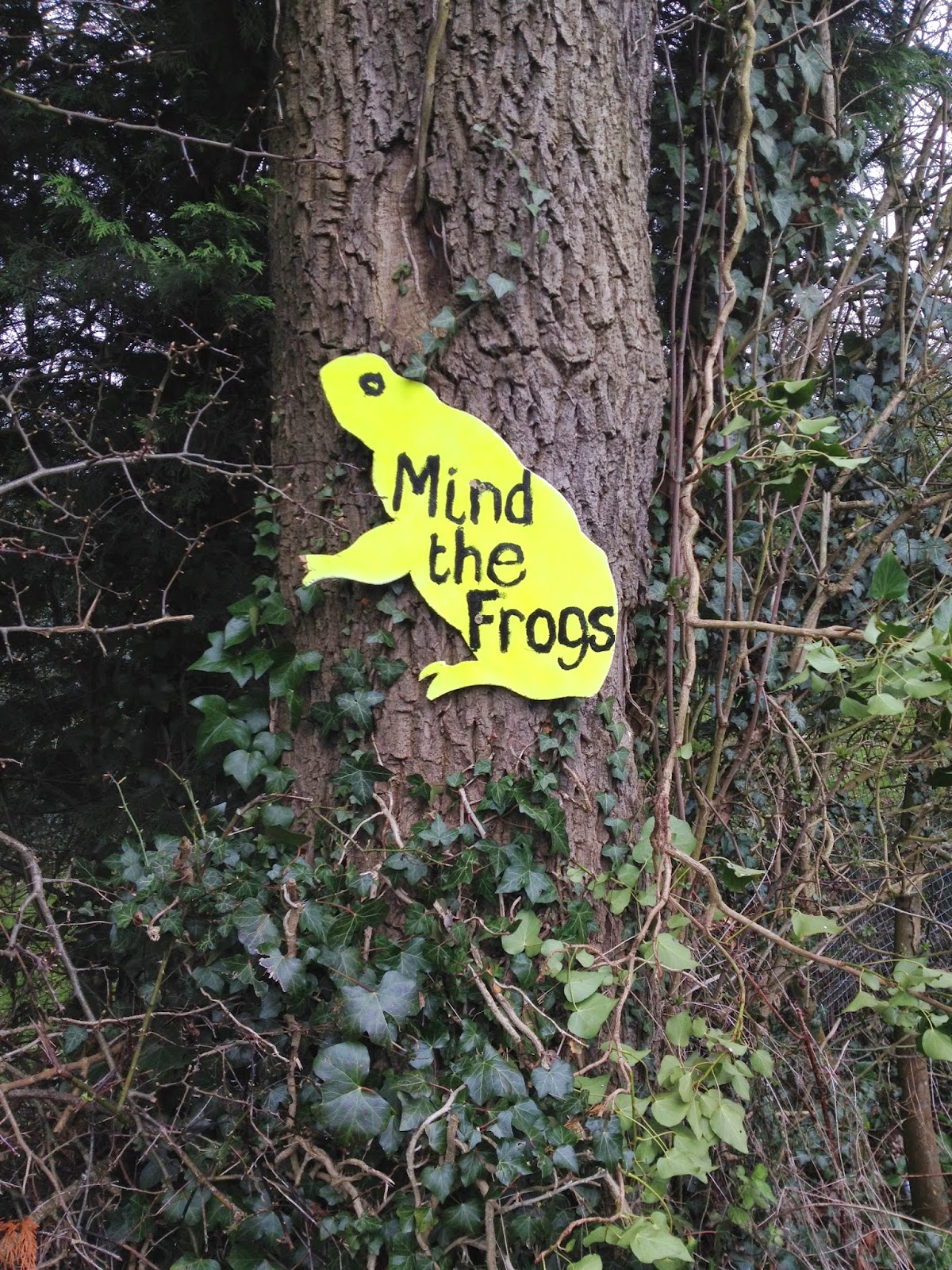 One of the highlights of this time of year is of course Easter. The tree which we bought last year with the glass and feather baubles has been brought out again ........ 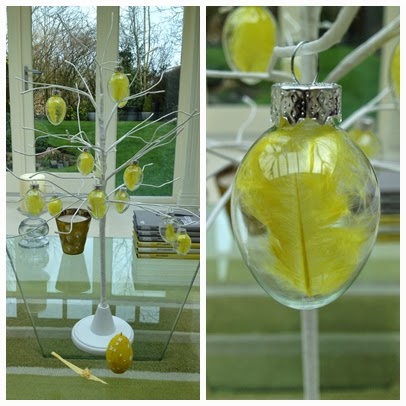 ..... with a couple of new additions. A pretty egg-shaped candle (too cute to light?) and traditional woven palm leaves....both surprise gifts which were brought back from Barcelona for us this week. Palm Sunday is the beginning of Semana Santa(Holy Week)and the palms are sold on stalls in the city. 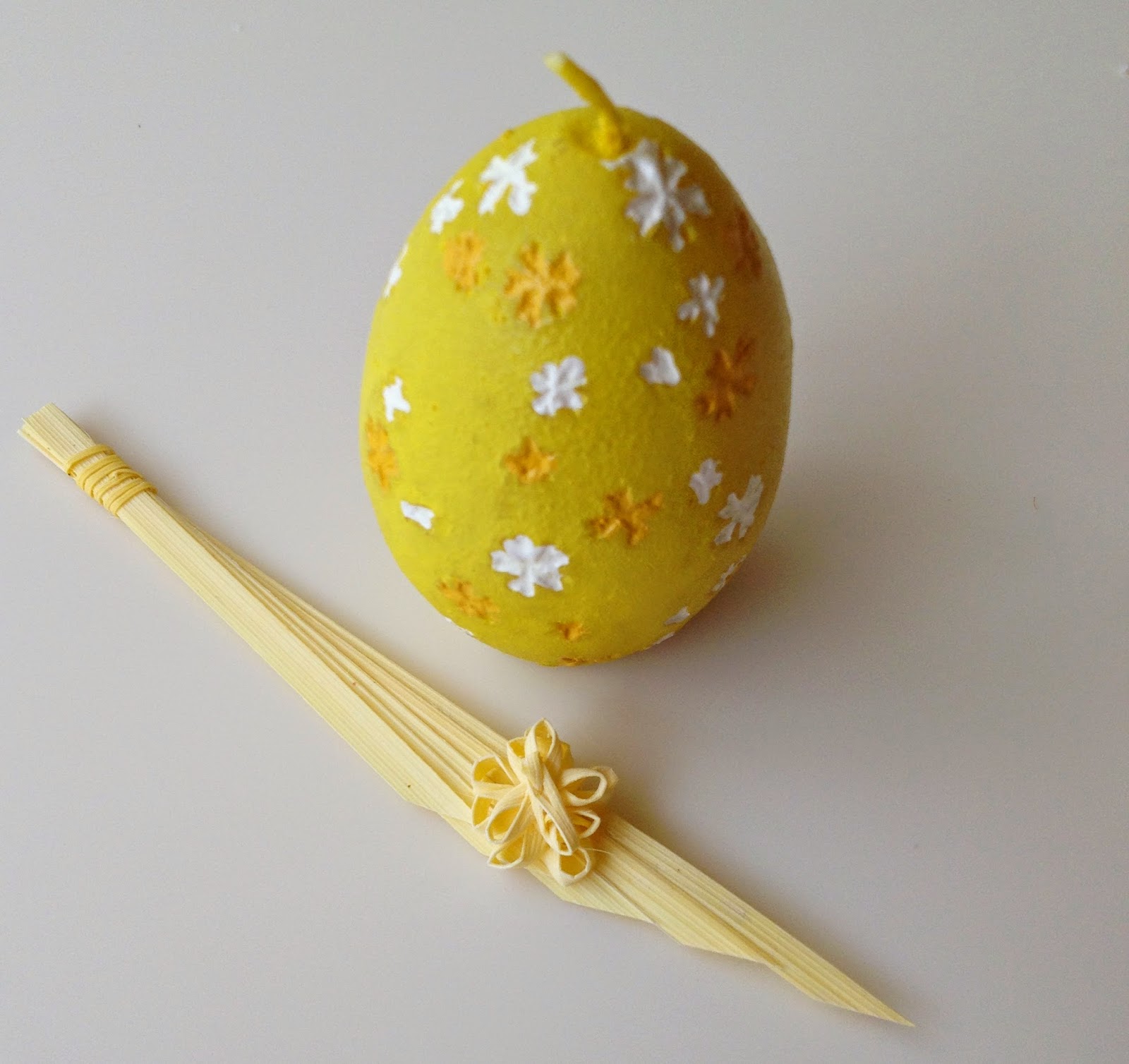 There were other gifts too which appealed to my sweet tooth ....... 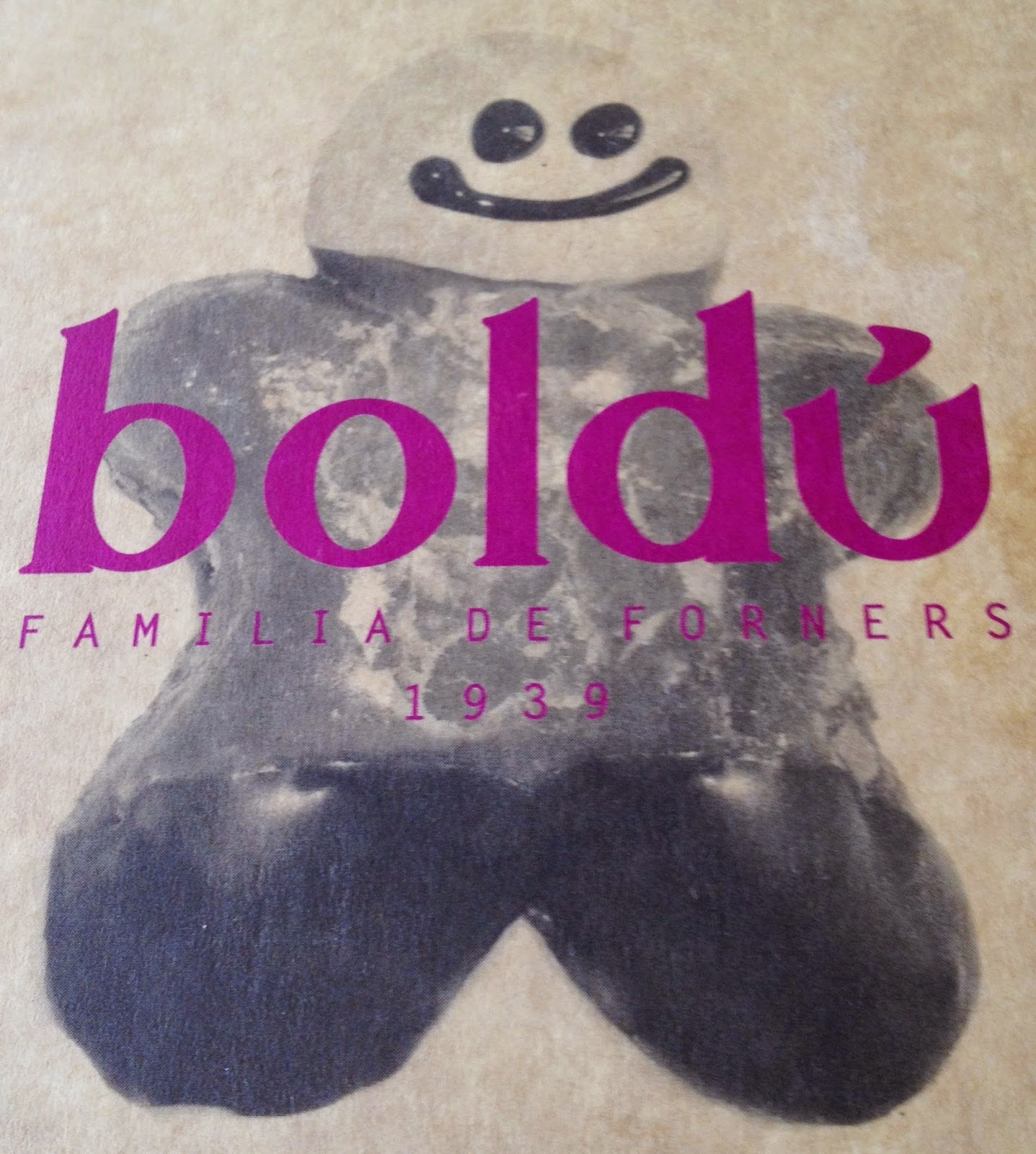 Boldú is a well-known bakery and café in the centre of Barcelona established in 1939 and one of their specialities is Bolduman, a cronut character which has been given an Easter twist. 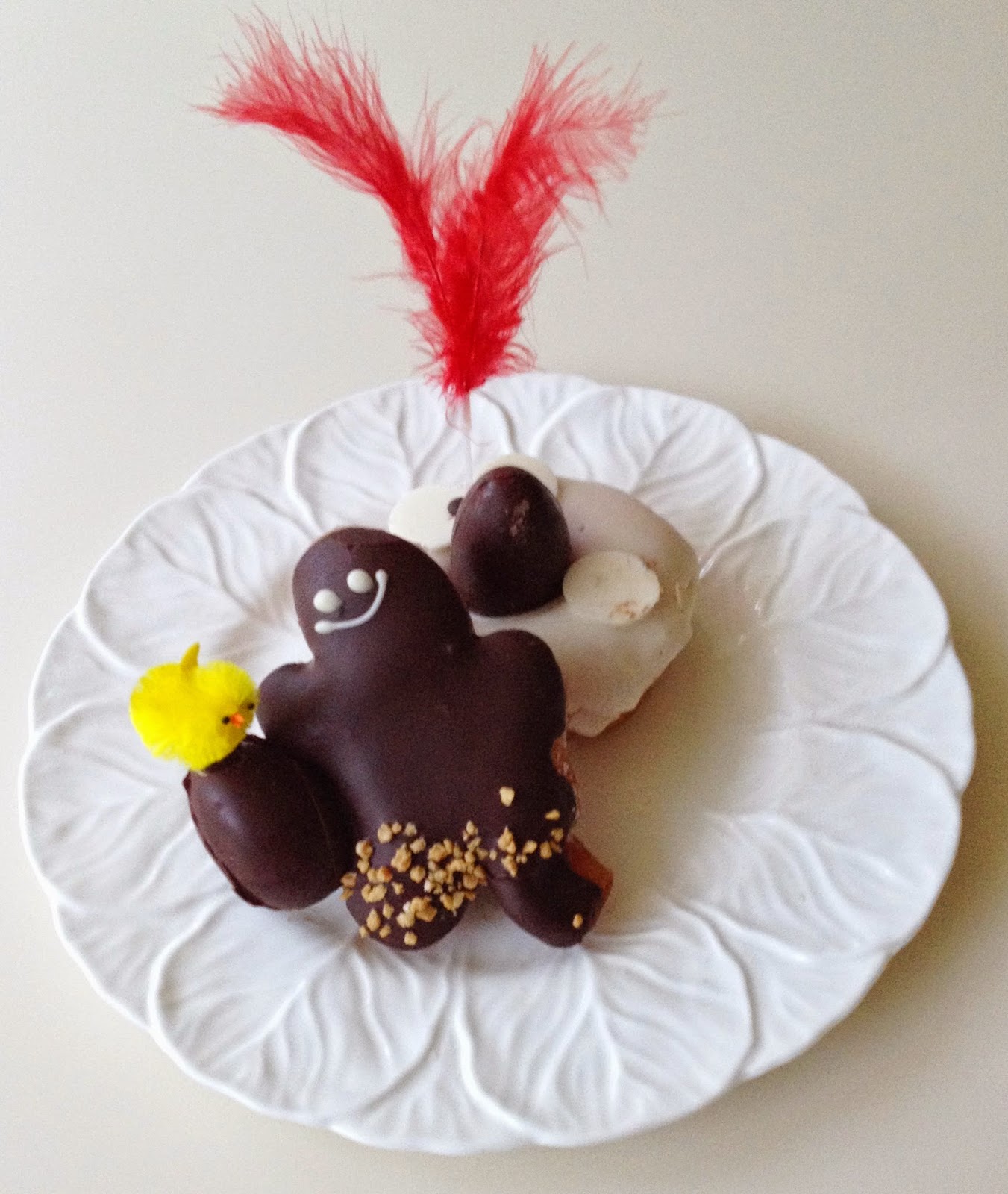 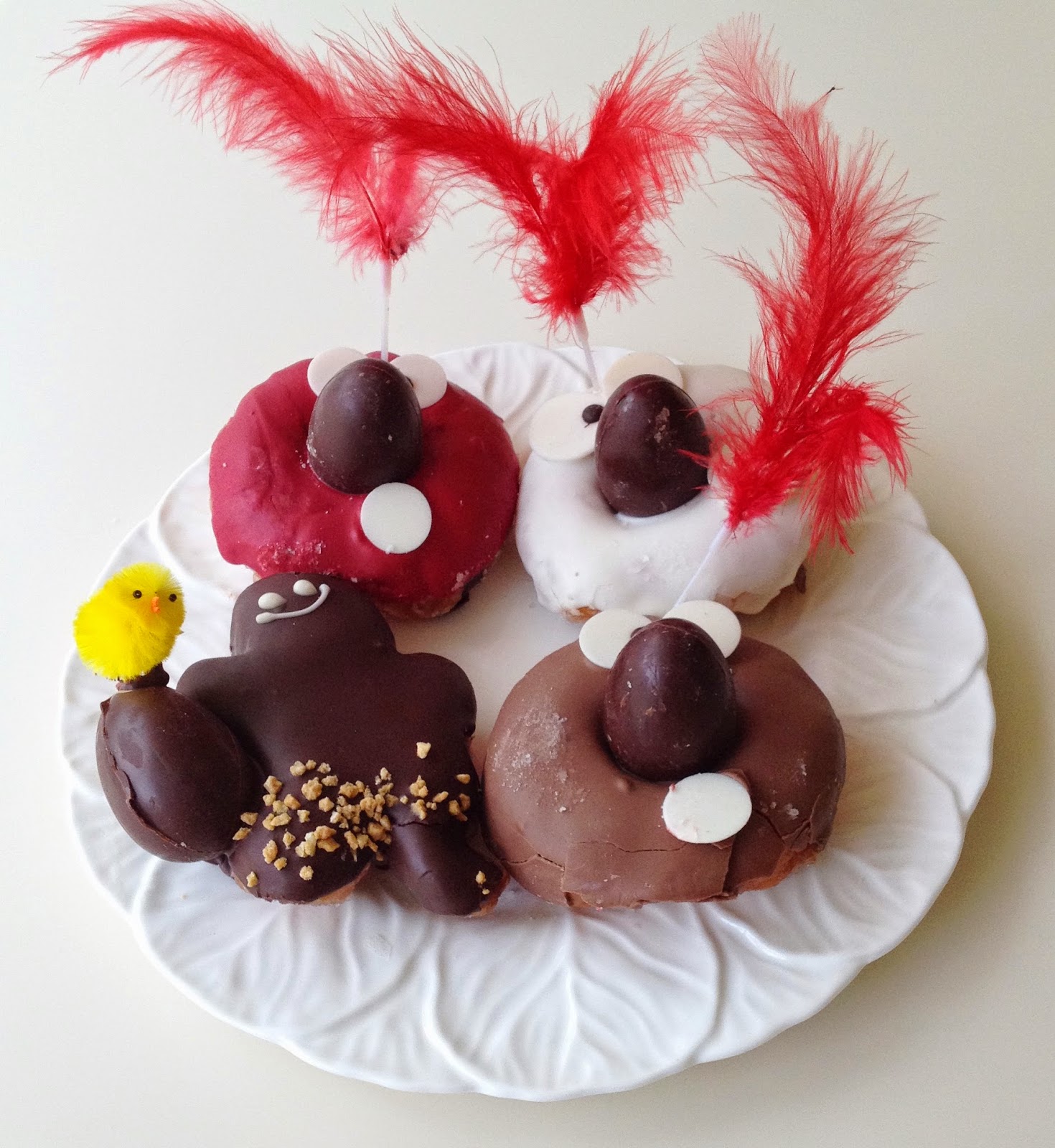 The doughnuts above, decorated with small chocolate eggs and feathers, are Boldú's version of the traditional Spanish Easter cake called La Mona de Pascua. Apparently it symbolises that the Lent abstinence is over and it is a gift from godparents to their godchildren......

As much as I love traditional chocolate Easter eggs I also like the more quirky and witty designs too which Hotel Chocolat do so well. This year they have excelled with their chocolate version of egg on toast and eggs and soldiers. 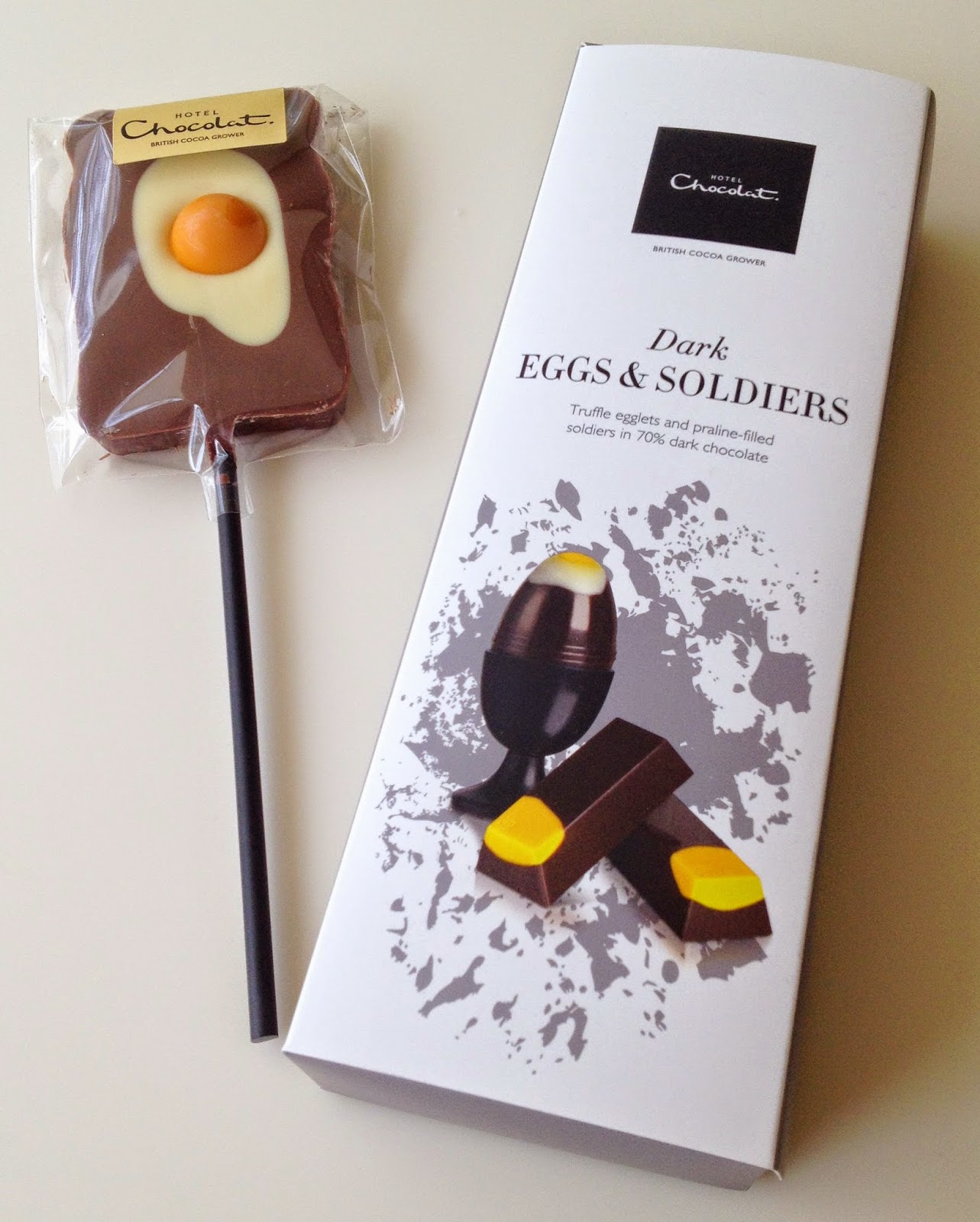 I couldn't resist buying a couple of Headphone Jacks from Marks and Spencer. Perfect Easter treats for teenage nephews! 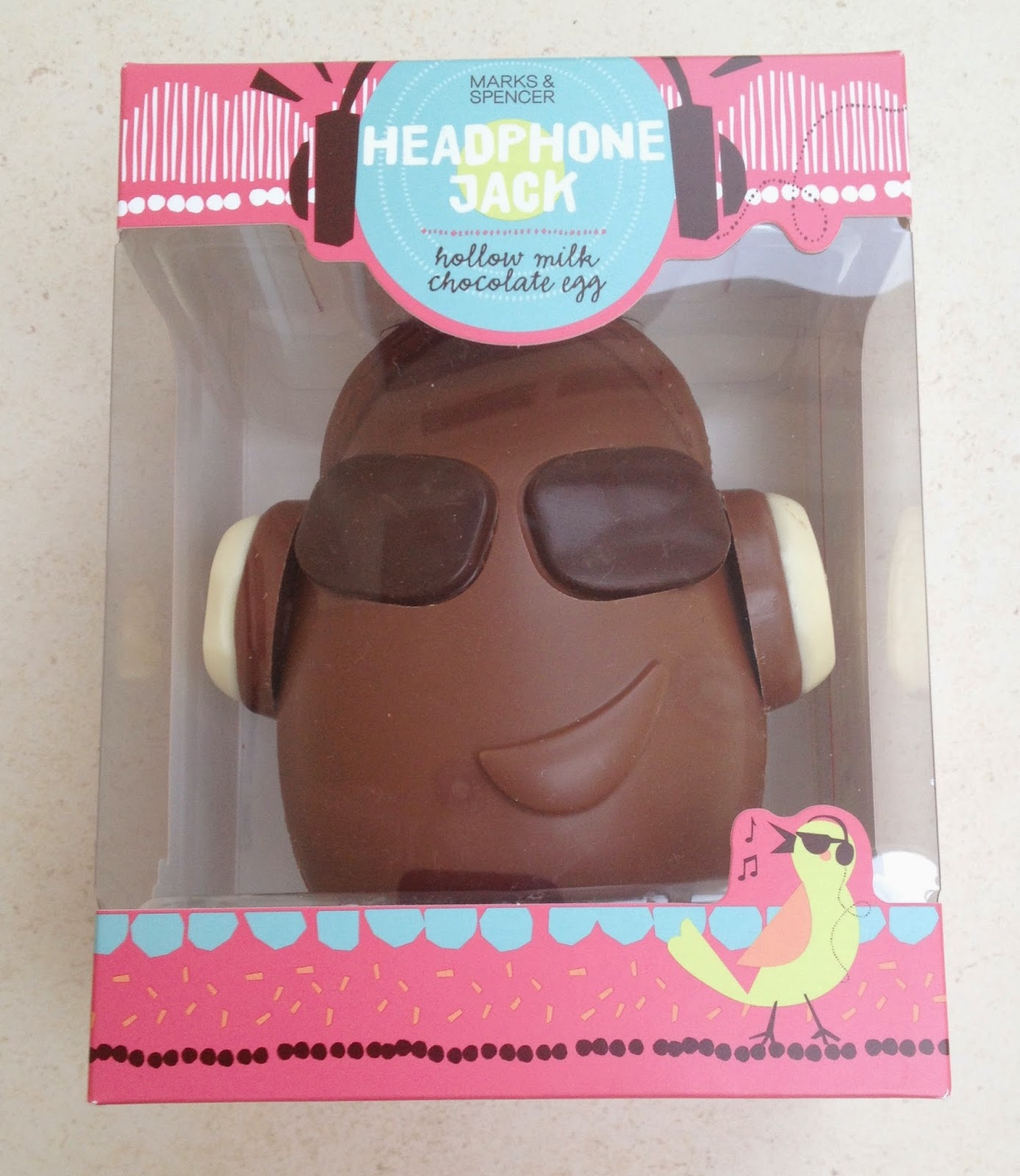 It's finally starting to look more like spring around here(although it doesn't feel like spring with temperatures of 8°C !!) At last the daffodils are flowering and adding colour to the garden...... 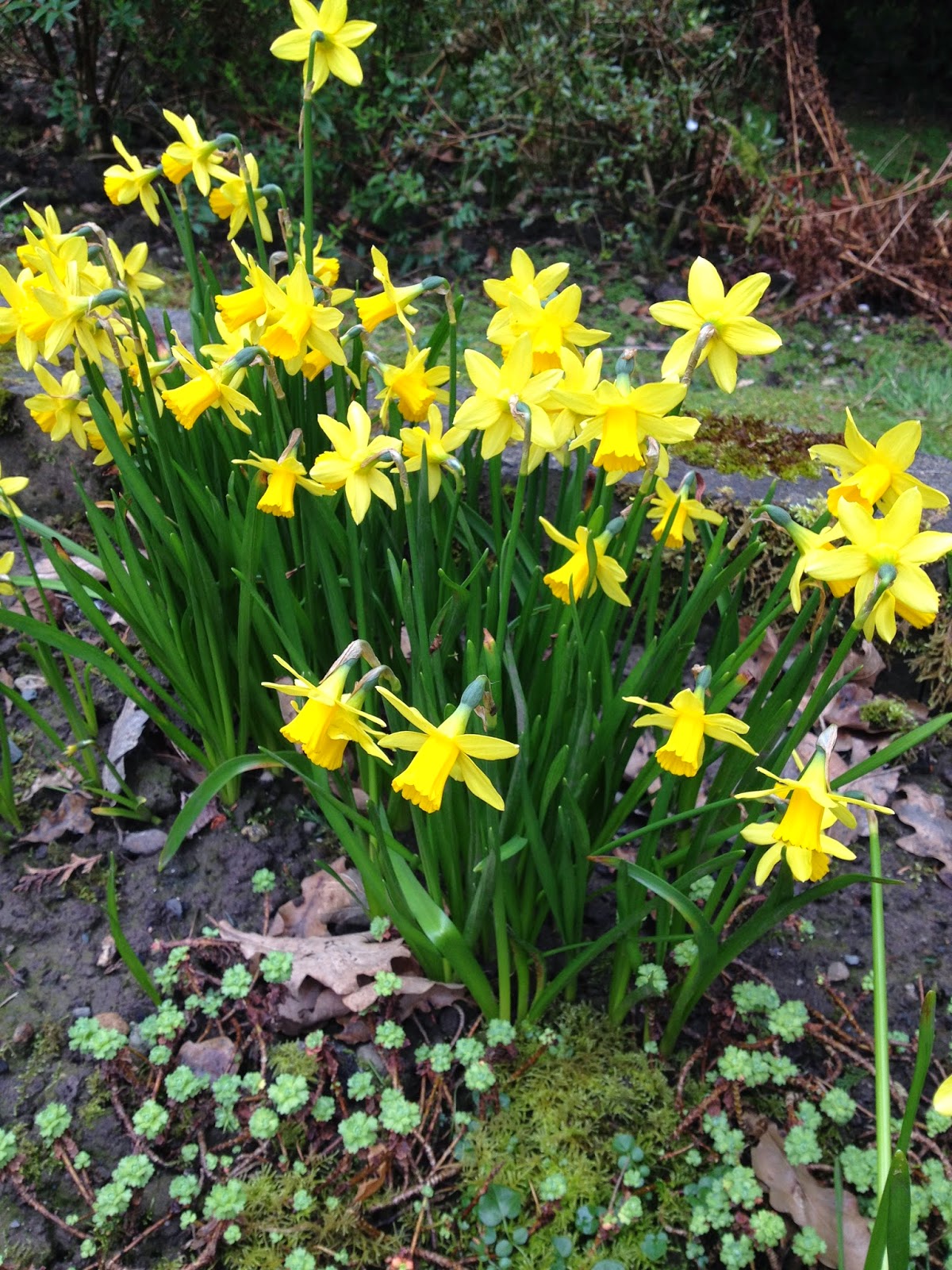 A couple of weeks ago we spent the day in the Lake District and visited the Wordsworth Daffodil Garden in Grasmere. A little early as the daffodils had only just started to bloom. People from all over the world have sponsored stepping stones to create a meandering path through the garden to raise funds for local charities and to promote the heritage of the Grasmere area. It's a popular spot as Wordsworth is buried in the churchyard next to the garden. 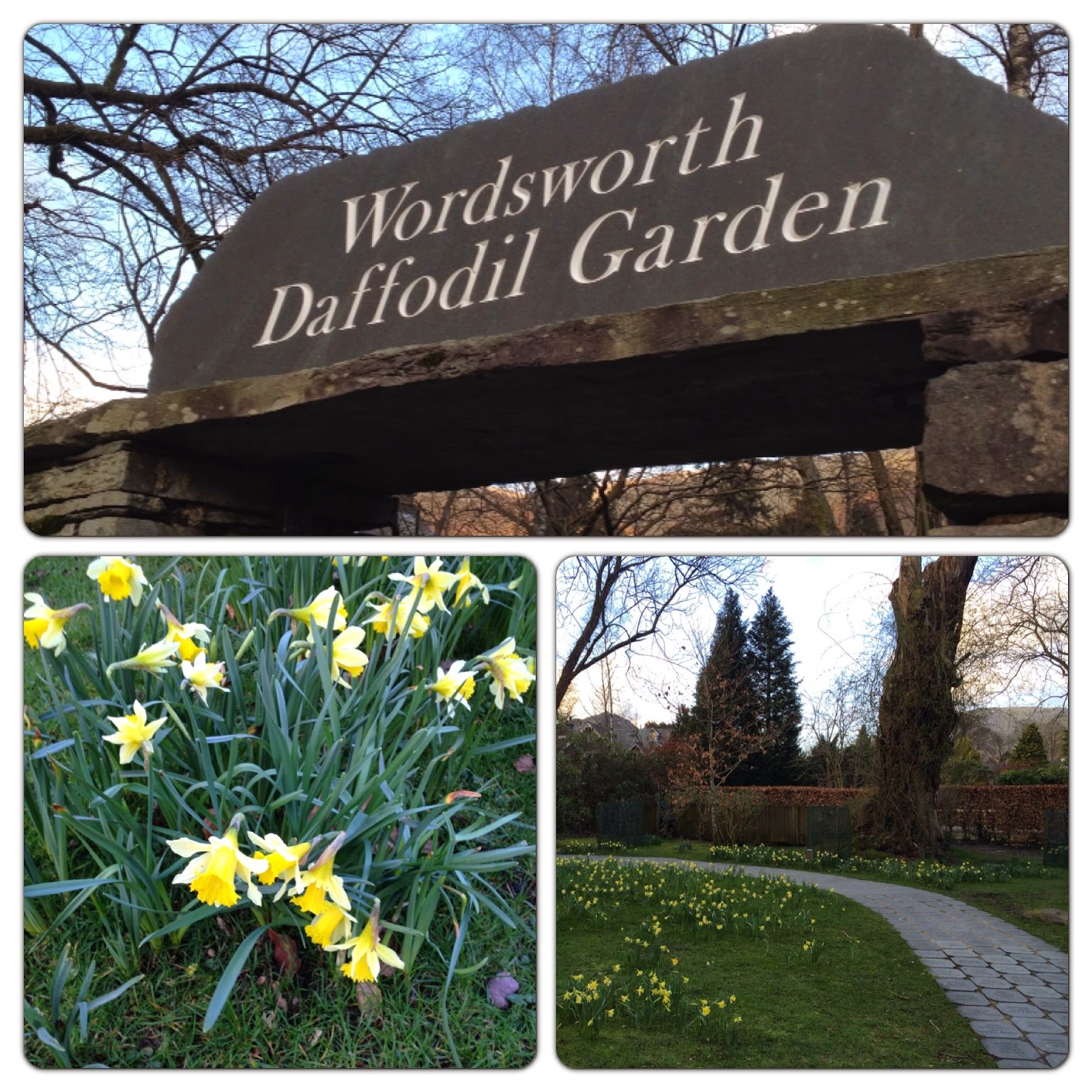 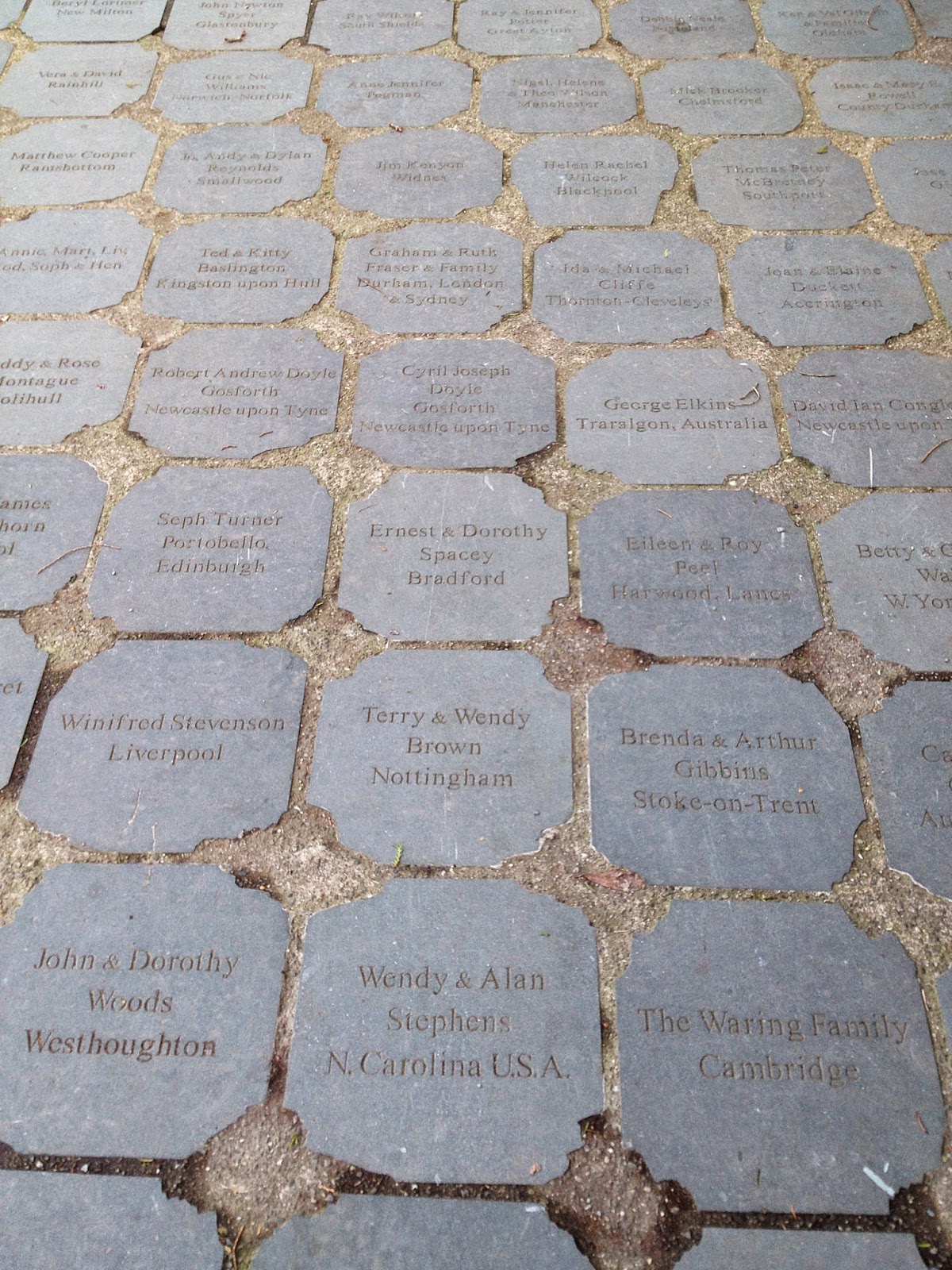 His most famous work 'I wandered lonely as a cloud' is apparently the nation's fifth favourite poem! I can just about remember the first verse..

'I wandered lonely as a cloud
That floats on high o'er vales and hills
When all at once I saw a crowd,
A host of golden daffodils;
Beside the lake, beneath the trees
fluttering and dancing in the breeze.' 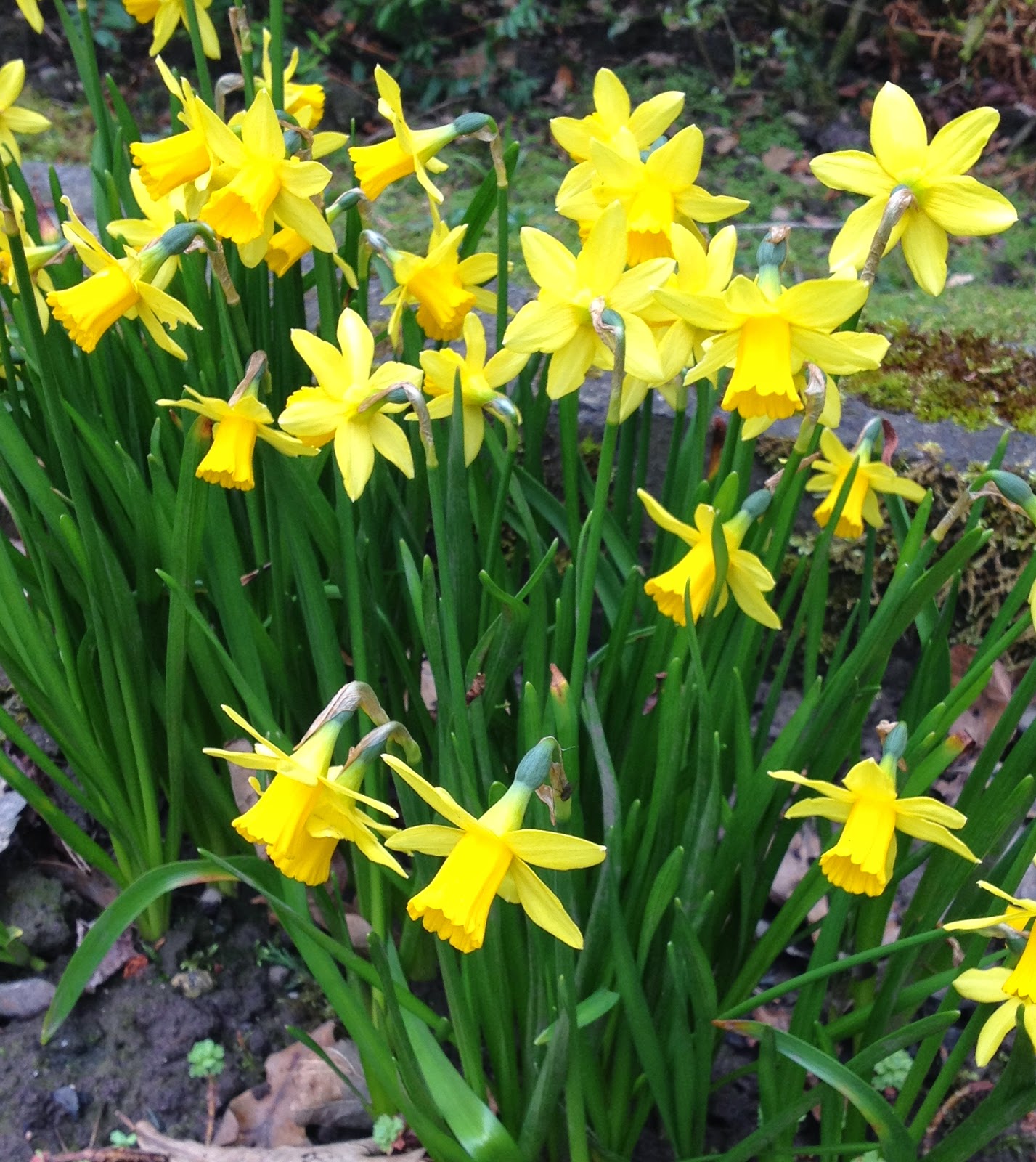 Thank you for taking the time to write a comment on my blog. I really do appreciate it. miss b

miss b
Hi! Welcome to my blog. I'm miss b. I live in the UK but have lived in France and travelled extensively including Hong Kong, Singapore, The Middle East, USA, Indonesia and Malaysia searching for amazing places and interesting finds, home or away, to share with you on my blog. I hope you enjoy your visit!

bobo is an abbreviation of the French bourgeois-bohème: laid-back bohemian but polished and sophisticated. Effortlessly stylish ........ bobochic!

Folllow miss b on Bloglovin'